Latest change, Abstract of latest paper (in PsyArXiv)
and Link to it. Both immediately below:

Mechanisms of Human intelligence
—   From RNA and Synapse to Broadband

ABSTRACT   —   (shortened)
Intellectual thought must depend on linear digit-like elements — something which unaided synapses could never offer.   Psychology offers a different approach: Piaget proposed units of action-sequences (“schèmes” usable as mental “building-blocks”). Some RNA now seems to serve this verb-like role. — (Other RNA are adjectival/adverbial “regulators” — while only about 3% serves its traditional noun-like role).     Consequences:–
*Ultramicro: — The whole Piagetian structure-coding for a concept could fit into one 125nm capsid-granule; and many into a cell-body. — The vast abundance of coding-sites would allow “wasteful” Jerneian/Darwinian selection for recording new learnings. — Vastly greater memory-capacity. —  And inheritance of behaviour-traits now obvious.
*Such micro-sites would use optical frequency signalling — entailing greatly enhanced “Gigabit” rates, and optical-interference tricks.
*Myelin gets extra Optic-Cable role (Sun-et-al, 2010).
*Locating memories? Digital-coding enables distinctive “URLs”, allowing mobile destinations.
*What carries memories intact to Cortex-archives? Neuron-flow sometimes? Capsids? — Not yet resolved.

:  An interdisciplinary attack on hitherto unexplained aspects of Mind and Brain, and the Nervous System in general — paying particular attention to the technical feasibility of new suggestions, and the plausibility of traditional tacit assumptions. This latter aspect now involves deep questions of 'Scientific Method' and other aspects of 'Knowledge-Theory' (Epistemology).

:  History of Electromagnetic physics (including translations).

[Or via a direct key-in of   www.ondwelle.com/ValueJudgements.pdf ] 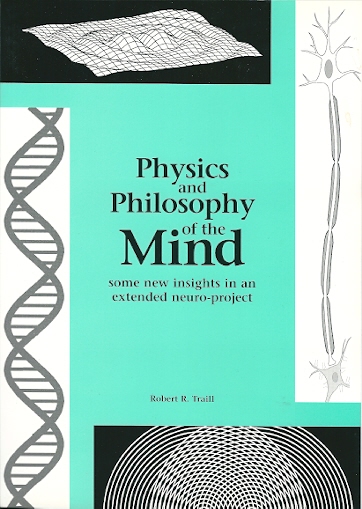 — to get Part B: electrical & optics aspects
— to get all the rest, incl. Parts A and C


Or else (from this site) as the 7 separate files itemized below:

"Molecular Explanation for Intelligence — including its growth, maintenance, and failings"

"Reductionist Models of Mind and Matter:
But how valid is Reductionism anyhow?"
(R.R.Traill — December, 2015)      pdf

— or Direct link to its sequel in Journal of Physics:


"Coherent Infra-Red as logically necessary to explain Piagetian psychology
and neuro-microanatomy — Two independent corroborations for
Gurwitsch’s findings, and the importance of coherent theory"

"The theoretical case that some asbestos fibres could trigger cancer optically, while others act mechanically"
(R.R.Traill Mid-November 2010)      .pdf

— or Direct link to its sequel in Journal of Physics:

"Asbestos as ‘toxic short-circuit’ optic-fibre for UV within the cell-net:
— Likely roles and hazards for secret UV and IR metabolism"

Australian Senate Political Preferences allocated by each party in recent federal elections
(Sortable tables compiled by R.R.Traill, from data supplied by the Australian Electoral Commission)
If these html-links fail (or downloads too slow), try copy-and-pasting these URLs to a simpler environment!

www.ondwelle.com/Preferences_Senate2013multi.doc
Note the interesting case of Victoria 2004.   That was when one party (the ALP) was just too clever in its strategic voting advice — a scheme which seriously backfired, as explained briefly on page 2: